These Eyes, Star Baby, Clap for the Wolfman – just some of the rock and roll songs from my youth that were belted out by 69 year old Burton Cummings and his band of sixteen years, during a fantastic concert tonight at this, our winter home, Mesa Regal RV Resort! 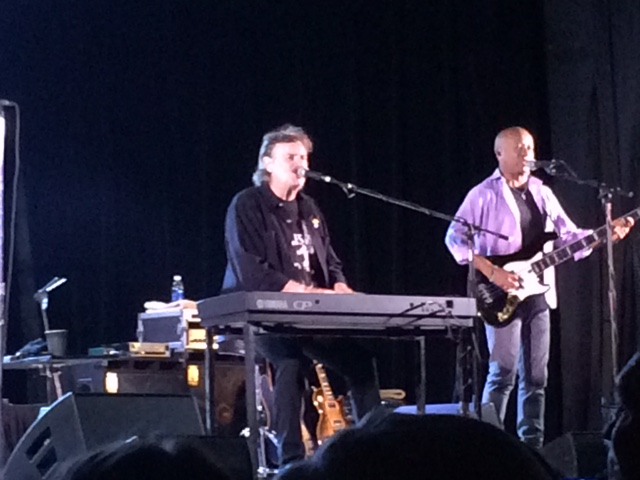 Burton Cummings and his Band

The House was full, and I think the majority of the audience might have been Canadian. Burton was excited to learn that and “especially”  for us they performed Running Back to Saskatoon, and the one song that he said was the most often played on the radio in Canada during the days of the original band, The Guess Who – Break It to Them Gently.

Burton played the keyboard and sang non-stop for two hours, mostly doing songs from the huge repertoire of The Guess Who, but during a twenty-minute break that he gave his band, he performed solo, doing some songs of other artists from the era, such as Bobby Darren’s Mac the Knife, Gerry and the Pacemakers’ Ferry Cross the Mersey. 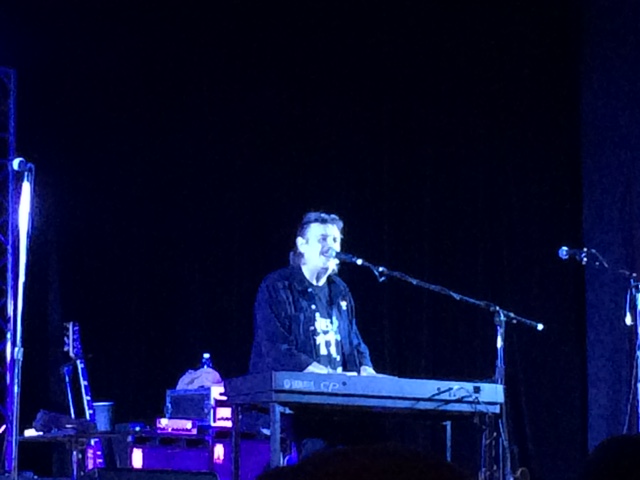 They brought the show to an end with the popular American Woman and No Time, bringing us all to our feet with roars of applause.

Of course they had to come back out for an Encore, Share the Land.

This was all very exciting for me. I saw The Guess Who perform live in Toronto in 1970, the first and last time that I ever went to see a live Rock Concert until I took my daughter to see Bon Jovi seventeen years later. I guess I lived a sheltered life!