My plan, last month, was to start writing blog posts about the preparations needed to take a trip to China. On September 25th, one week from today, we were scheduled to join a twelve day tour with friends of ours. We’d booked this trip through the local Chamber of Commerce back in May, and until three weeks ago we were counting the days.

But, life can change in the blink of an eye. On Tuesday, August 23rd, Jim and I walked across the soccer field to the Hastings Field House to play pickleball, something we’d been doing three or four times a week all summer long. I was feeling fit and strong and happy.

Two hours later I was lying on a bed in the emergency room at our closest hospital. At the time I wasn’t clear how it had happened, but somehow I’d thrown myself off balance while trying to hit a ball, and before I could move an arm or leg to catch myself, I landed on the floor with such force that it knocked the wind out of me. My right hip hurt and I couldn’t put any weight on my leg, but I couldn’t believe that it could possibly be broken, because it didn’t hurt all that much. I sat in a chair and watched while someone else stepped into my place and the game was finished, at my insistence.

However, when they tried to get me into a truck to take me home one movement caused me to gasp and suddenly I had no control over my leg or foot.  I had to admit that it was more than just a bruised hip. I was still optimistic, hoping it could be a dislocation that could be easily remedied. Instead of going home, my friend drove me to the hospital while Jim followed in our car. X-rays were taken of my hip and the conclusion wasn’t good – a fracture. They’d hoped to transfer me to Peterborough Hospital for surgery later that day. I had to fast until they learned that it wasn’t going to happen.

It was Thursday morning before I was loaded into a patient transfer wagon for the rough, hour-long trip. At 7:00 that night I met my surgeon outside the Operating Room. I was going to require a whole hip replacement! My optimism went out the door.

I asked if I’d still be able to go to China in a month’s time. One nurse in the Emergency Room had told me that I’d be up walking the day after surgery, after all.

“Not going to happen,” said Dr. Lever. “You would have to have a load of blood thinners on board because of the risk of blood clots, and your extended health insurance wouldn’t cover you if anything happened as a result of this surgery. Do you have cancellation insurance?”

“I’ll sign whatever forms you need to get your refund.”

“We usually leave for Arizona the middle of October, in the motor home.”

“Sorry, I don’t recommend that either.  You should stick close to home until your full twelve-week recovery period is up, for the same reasons.”

As they rolled me into the operating room, just before the anesthesiologist did his job, a few tears escaped from my eyes. 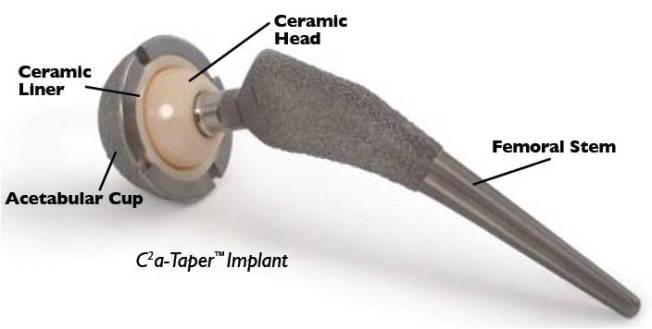 The Emergency Room nurse was right – I was up walking with a walker the next day, but it was obvious that there was no way I’d be ready to do any hiking in China in just four weeks, other risks or not. 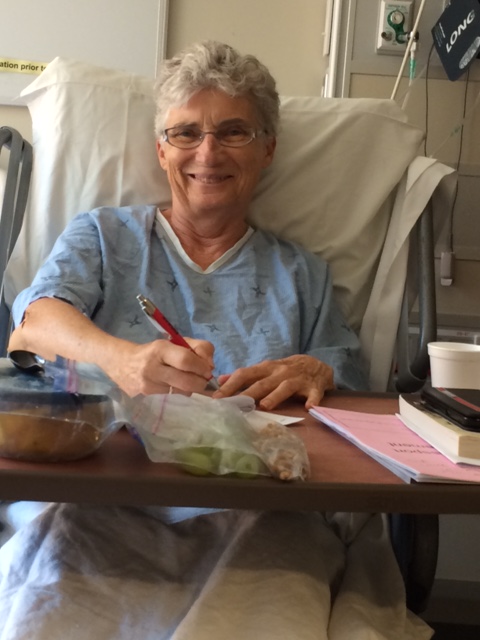 Third Day: Sitting up in a chair, filling out forms

By Sunday I was out of hospital and on the road to recovery, but instead of completing preparations for our trip to China, I’ve been filling out forms to get a refund for it through our Cancellation Insurance, and cancelling the extended health insurance. We will also have to adjust our insurance and our arrival dates for Arizona, but we will go. And maybe next year we’ll go to China.