It looks like our RV adventure has to be postponed because of a family responsibility, so my travel writing for a while will be about the interesting things to see and do in our local area, and shorter excursions on the motorcycle.

Last week we went on our first official “Tour Riders” ride, but it was a short ride because storm clouds were threatening. “The Tour Riders” is a group of bikers that originated thirty years ago. It used to be a more formal club with monthly meetings and membership dues and many organized rides, including an annual “Toy Ride” to collect toys for the local Children’s Aid Society. Most of the original members have moved on, and the ones remaining are retired seniors whose only agenda is to get together on the first and third Tuesday evenings of the month throughout the riding season and go for a ride that ends either at an ice cream parlour or a coffee shop. Someone takes the lead and the others willingly follow on a mystery ride. Younger members who like this casualness have joined the ranks. New members are always welcome to join. Just show up at 7:00 pm and introduce yourself!

Last night was a beautiful night for a ride. Nine bikes with eleven riders met at our usual spot, The Peterborough Zoo parking lot, and headed off towards Stoney Lake. Jim and I, on a Suzuki Boulevard, led this time (as we often do as Jim has been riding in this area since he was sixteen and knows the back roads very well).

The sky was blue, the air was sweet with the fragrance of budding trees and freshly mowed lawns, as we wound our way past soccer and soft-ball players on the Trent University campus; past horses in the fields, log houses and modern estates. Following us were Yamahas, Harleys , Suzukis, and Hondas, as well as one Victory and a Moto Gucci. The sun flickered through the trees as it made its slow descent over Stoney Lake. 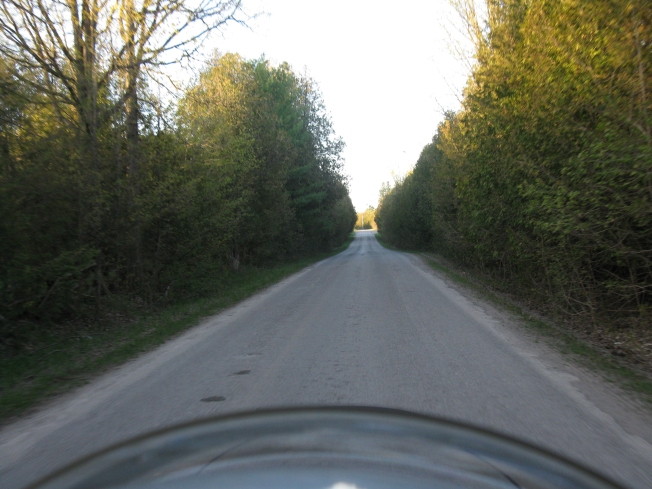 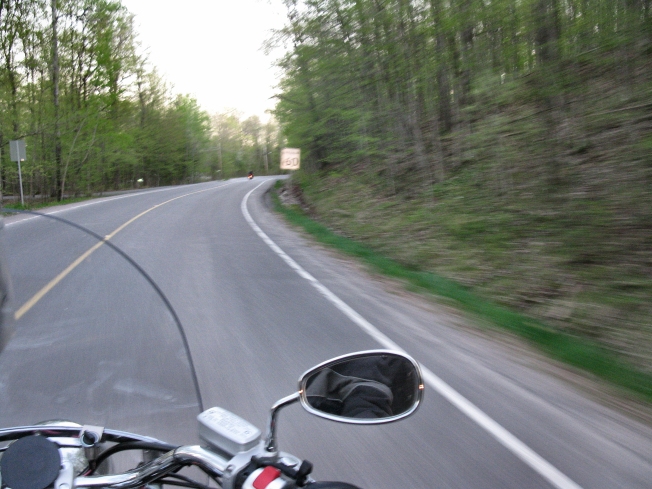 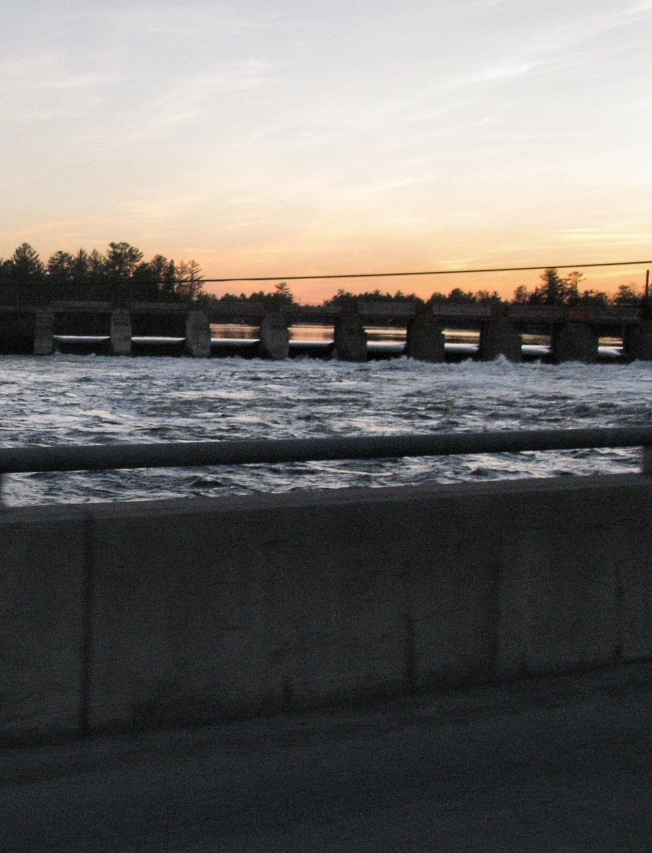 Water is high and fast on Stoney Lake this year

We almost made it around the lake when the joy was interrupted by an unwelcome event. When making a left turn, the Victory slid on the sand that had accumulated at the corner and went down, sliding unceremoniously into the ditch and taking the rider with it. Sand on the road is a dangerous thing for bikers! Fortunately, with the efforts of four men, the bike was retrieved and the rider, although shaken and dirty insisted he was unhurt. In any event, he refused offers to call for paramedics or tow truck, and climbed back onto his bike and headed for home, which wasn’t too far from where we were. The obvious damage to the bike was a broken gear shifter, which meant he rode the remainder of the way in third gear. BIKERS! We followed him to his turn and the couple who knew him best followed him home to make sure he made it. They met up with us at the coffee shop in Lakefield. We were all left a little shaken and lingered perhaps a little longer than usual before climbing back onto our own bikes and heading home.

We’ll meet for another ride in two weeks. We hope Bob will be able to join us.