Our time in Arizona is quickly slipping away and we, like many others here, are trying to pack our last few weeks with as much as we can. On Monday some of our neighbours invited us to join them on a trip to the Boyce Thompson Arboretum, near Superior, Arizona. We had never heard of it, but it was one item on their Bucket List, so we accepted.

Tuesday morning, we were up early and headed out Hwy 60 for the one hour drive. It was a perfect day for a hike through this intriguing botanical garden — sunny, but cool enough for a light jacket. We arrived perhaps a little earlier than necessary since the guided tour didn’t begin until 11:00, but we strolled along some of the smaller trails, and then bought some snacks in the gift shop while we waited. 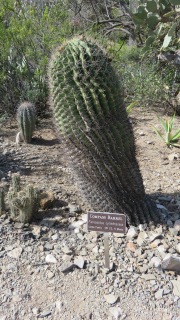 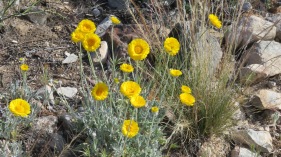 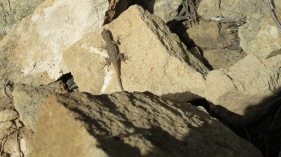 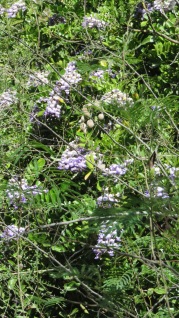 The first stop on the tour was the Smith Interpretive Center, which was built in 1925 of locally quarried stone, and is on the National Register of Historic Places. The building served as the original visitor’s center until the present one was built, and has two greenhouses attached to either side, one housing cacti from around the world, and the other showcasing succulent plants from other plant families.

Taking the tour was the way to go. Jim, our guide, was a wealth of knowledge concerning the history of the park and the plants that were there.

The hike lasted nearly two hours and took us through the Hummingbird & Butterfly Garden, and Heritage Rose Garden, home to a large selection of Heritage roses. Unfortunately we were just a few weeks too early to see these in full bloom. 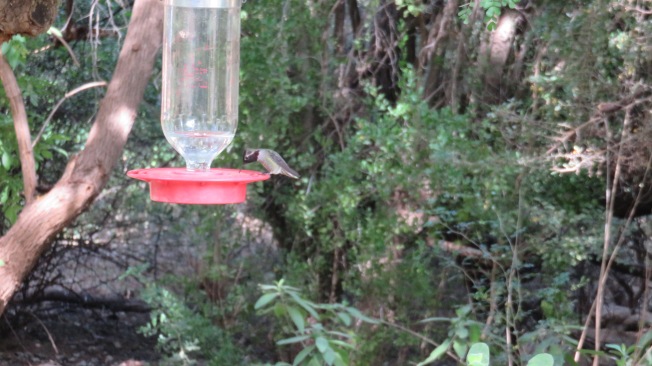 We saw many beds of native and southern European herb plantings divided into specific use areas: culinary, medicinals, cosmetics, insect repellents, etc. The Wing Memorial Herb Garden is said to contain any type of herb or spice that one could want. Jim also pointed out the trees from which myrrh and carob beans come.

At the Cactus & Succulents Garden, Jim told us some interesting facts about the Saguaro Cactus. It is a protected species that cannot be destroyed under any circumstances, even when roads are being built. That is why we have often seen rows of them, their roots wrapped, sitting alongside of highways that are being expanded.  They have been dug up and will be transplanted to a new location. The Saguaro also has very long roots, extending for five feet or more just eighteen inches below the ground. Jim had samples of honey made from Prickly Pear Cactus, and syrup made from Agave Cactus, which he passed around with plastic spoons for us to try. Yummy! 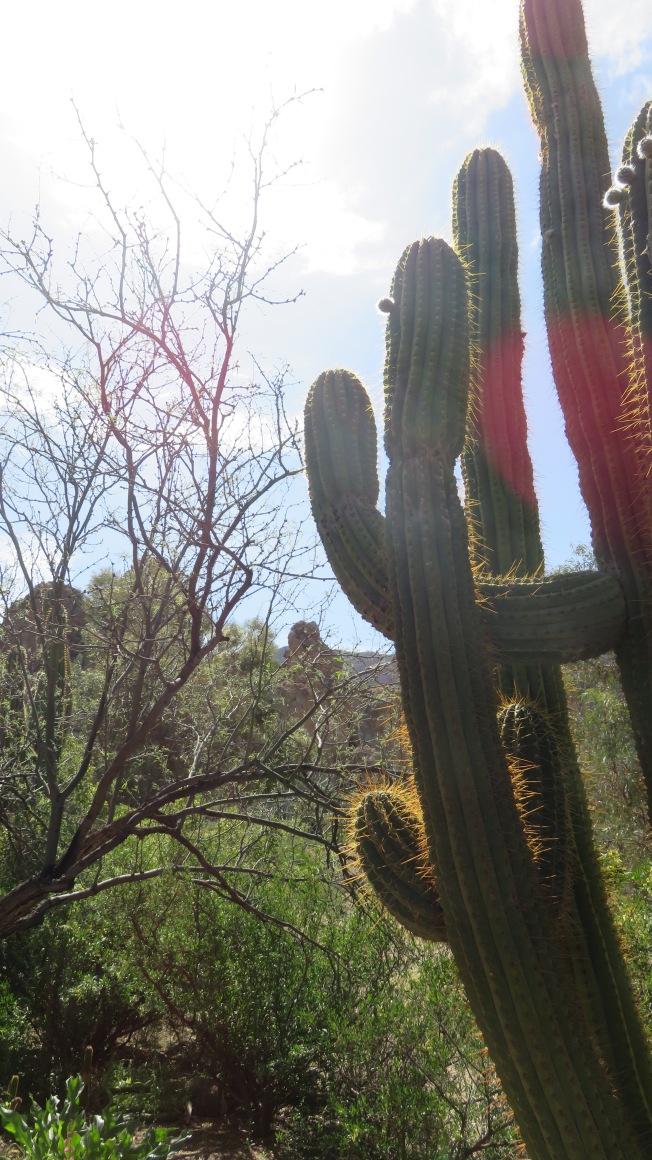 We stopped at Ayer Lake, a man-made reservoir that supplies the arboretum with irrigation water, and is home to several different species of migratory waterfowl. 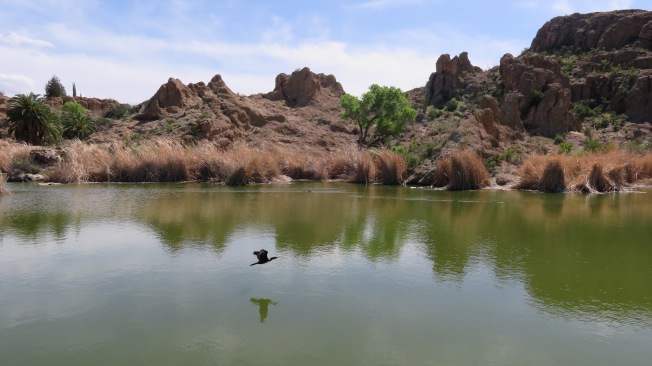 From the high trail along Queen Creek Canyon we had magnificent views of Magma Ridge and the historic Picketpost Mansion, former home of Colonel William Boyce Thompson, which is perched on volcanic cliffs overlooking his namesake Arboretum. 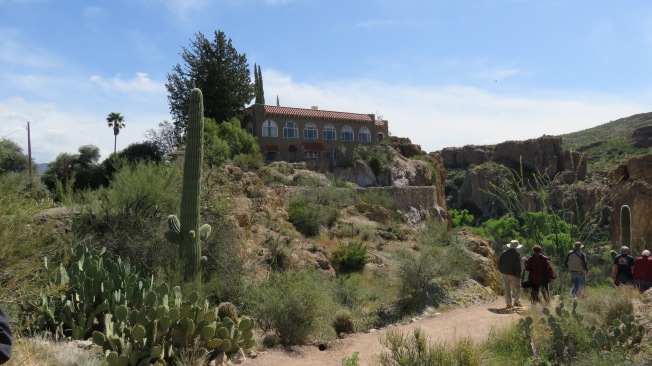 The Australian Desert Exhibit and Walkabout Trail transported us to a different type of desert life. 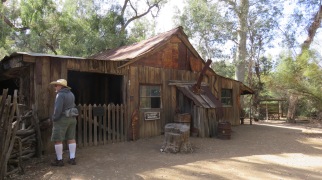 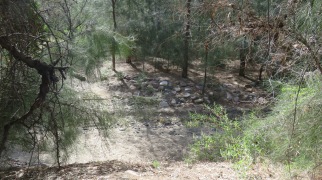 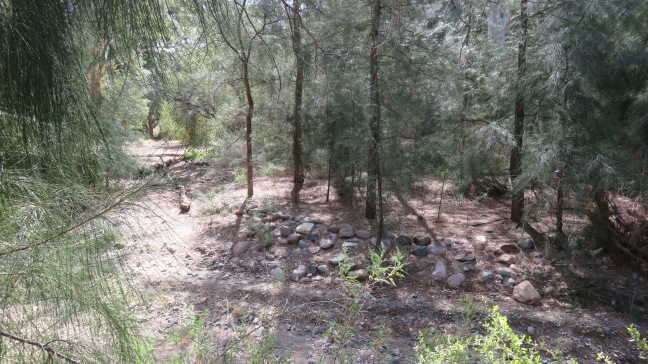 It would be great to be able to return later in the spring when more plants are in full bloom, but our welcome here would be overstayed.