It’s amazing to find how much more there is to learn about the places we’ve visited before. We’ve been to the Scottsdale area when we went to the Botanical Gardens, and the Museum of Instrumental Music (MIM) both of which I’ve written about before, but after being introduced to the blog. Chocolatour, by a friend, I knew we’d missed some interesting things in the downtown. So one Sunday morning we picked up our friends, Alice and Joe, and headed out.

The drive from Mesa is a good hour and a half. Once we found parking we decided that the best way to find what we wanted to see, and a place to eat, was to hop onto the free trolley. We stayed on it until it made a stop at the Western Museum, and then we got off to take some pictures outside. 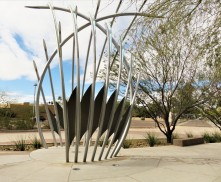 When we discovered that it had just opened, we went into the lobby and the gift shop for a little exploring.

There were some incredible works of art.

We were getting hungry so we didn’t take time to do the tour. That will have to be another time. We set out on foot to see what we could find.

We were looking for Zak’s Chocolate that Doreen had mentioned in her blog, but we couldn’t find it. While waiting for our lunch at David’s Hamburgers (I enjoyed a very thick and tasty BLT while the others got their mouths around the tall Texas Burger), we learned from a Google search that Zak’s was a few miles out of the downtown core, and unfortunately, it isn’t open on Sundays. Of course the couple who run it, and make all of the chocolate with little help, need a day or two off, but our taste buds were disappointed. That will have to be next time! 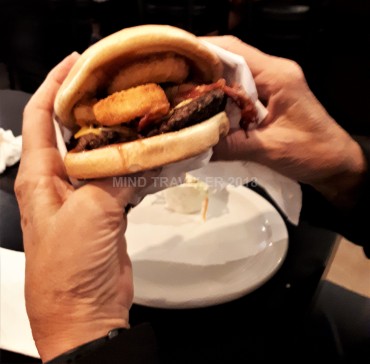 However there were plenty of other things to see and explore!

After lunch we visited “Old Scottsdale”. We admired the old architecture and wondered at the antique farm equipment on display outside the many antique shops. 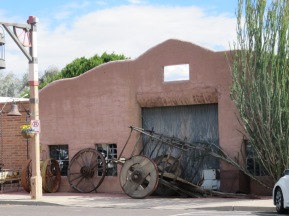 We took a tour of the beautifully restored Mission Church. 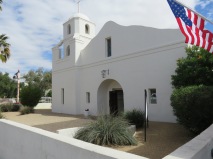 Back in the “new” downtown, we did some window shopping, lusting over the intricate, jeweled, had-made belt buckles and other dazzling jewelry that we knew we could never afford to own. We sauntered down Frontier Town where Alice satisfied our sweets craving by sampling some fresh fudge at Outrageous Olive Oils and Vinegars. We made our only purchase of the day when we split on the special deal of three pieces, to take home. Yumm.

The sound of music drew us toward this beautiful park and museum area, which I later discovered was the Scottsdale Civic Centre Mall. 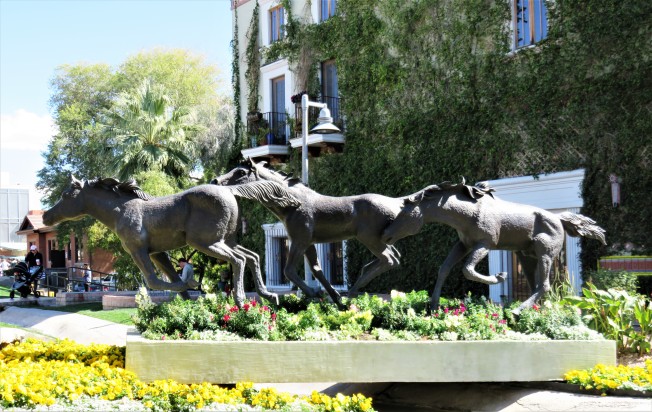 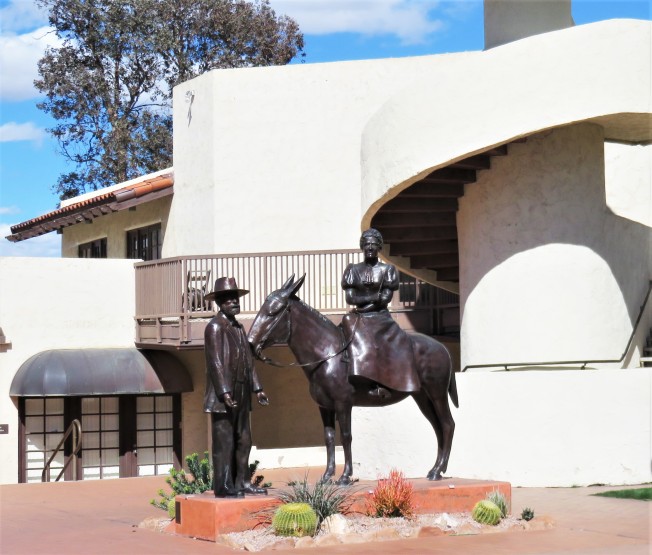 This Lagoon is filled with fountains and bronze statues and ducks 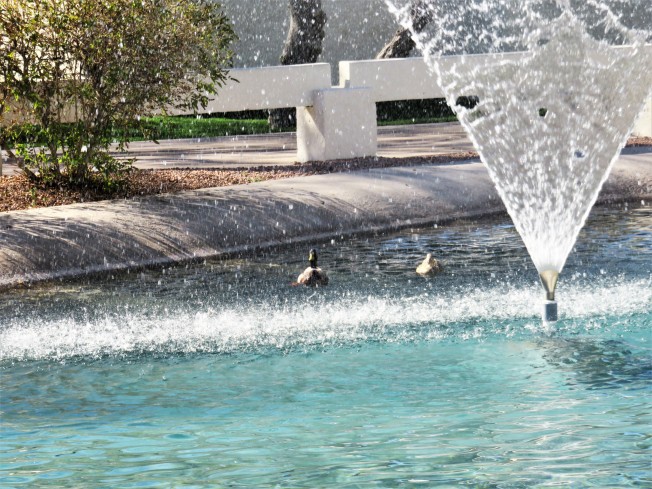 We tried to catch a trolley back to where we’d parked the car, but kept missing it. Once we got walking in the right direction we discovered it wasn’t as far away as we’d thought, but we were all tired after that busy day. Next season we’ll try to return to explore the things we’ve still missed.

2 thoughts on “A Day of Exploring Scottsdale with Good Friends”