The next few days were devoted to helping family and friends with projects. Sarah’s mother-in-law had just recently received word that she had, after being on a waiting list for three years, been granted an apartment in the seniors’ complex, so I pitched in to help her start downsizing, while Jim built her a planter/privacy wall for her patio. We found some time to enjoy lunch at The Blue Bell with the family on Sunday, and Jim and I strolled along the main street, checking out the shops and taking pictures. 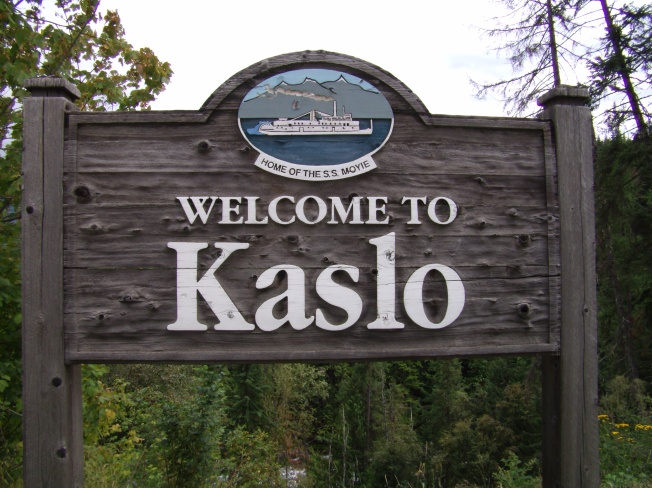 Kaslo is a great little town nestled below the mountain peaks and overlooking Kootenay Lake. Life there always seems simple and relaxed. There are farms in the area, many of which provide organic produce. Eating local and organic is a much easier choice than it is in Ontario, but anything that has to be imported, even from other parts of BC, is more expensive since transporting it is challenging. Although most people walk around Kaslo, a vehicle is a necessity to get anywhere outside the town. There are no trains, planes or buses. The closest bus terminal is an hour away, in Nelson; the closest airport is in Castlegar, an hour in the opposite direction and an expensive trip.  That’s why we flew into Kelowna and rented a car. But it’s worth the effort. The small town atmosphere is so inviting that you feel like you are part of a big family within minutes of arriving. There is a big, new hotel, and a motel, and several B & Bs so finding accommodations is relatively easy. However, Kaslo holds many weekend events that bring people in, so you should definitely check ahead if you plan to visit.

On the outside wall of the hotel, there is a little history of Kaslo portrayed in old pictures. Some things we were amazed to learn from this mural: 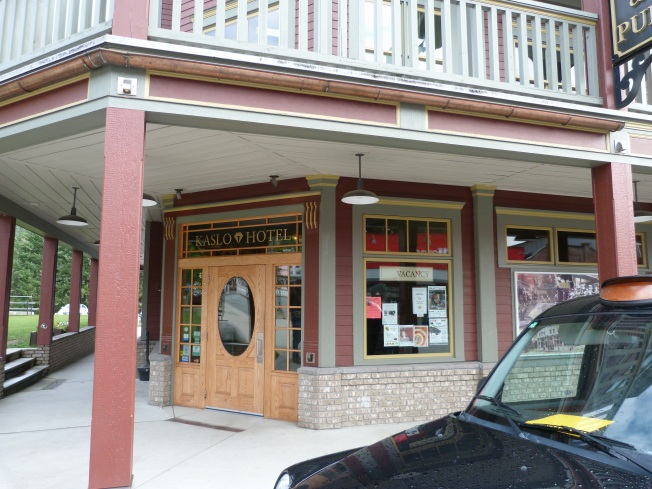 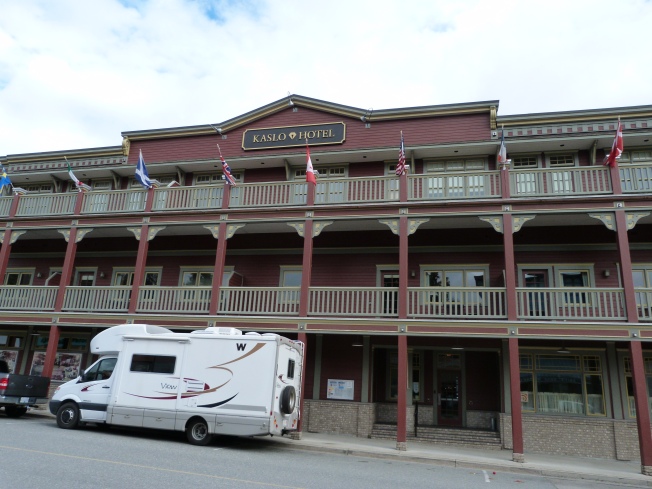 The Kaslo Hotel wasn’t the only hotel in town during the heyday of mining. The Langham Hotel had been built in 1896. It was so busy during this economic high that beds were rented in three shifts a day. During the Depression, it too fell into disrepair. During the Second World War the Langham was used as an internment centre for approximately 80 Canadians of Japanese descent. 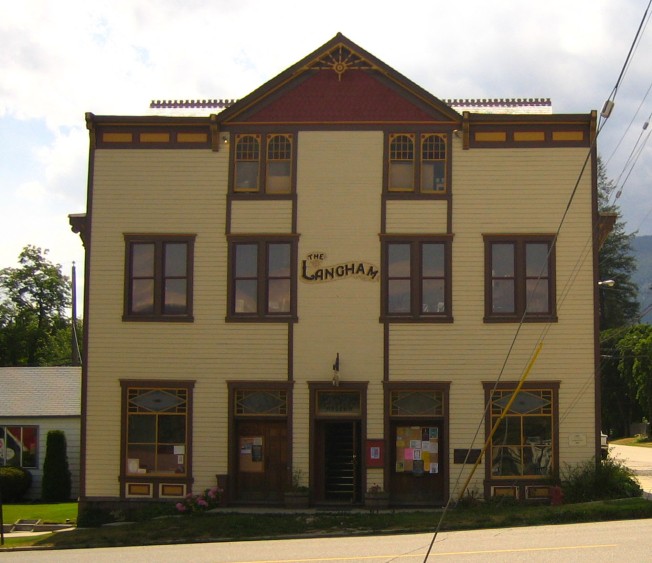 In 1974 a small group of Kaslo residents decided to take this derelict heritage building, about to be demolished, restore it and turn it into a cultural centre. In June of 1975 the Langham Cultural Society was registered as a society. Today this award-winning building offers a theatre, an art gallery and The Japanese Canadian Museum. To learn more about this interesting history, visit the website.

The S.S. Moyie moored at Heritage Park is another bit of history that you’ll want to visit. 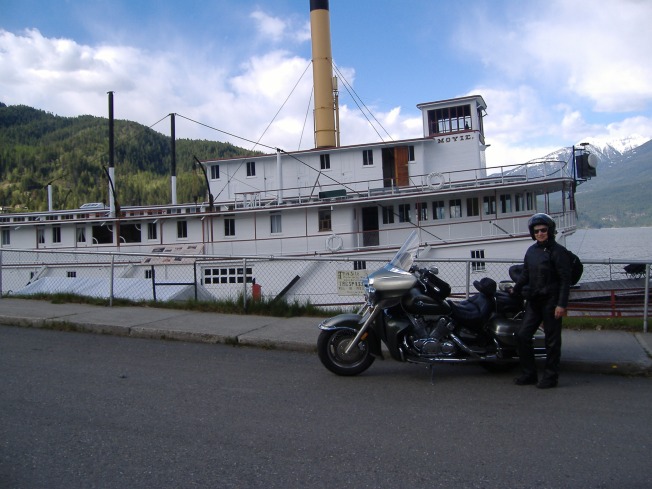 Kaslo is definitely a three-season tourist destination. During the winter months the snow is heavy and the roads are often blocked by avalanches.