This past weekend we went yet again to the Town of Warkworth. It seems they have some sort of festival nearly every weekend throughout the summer. This time it was something new to us – the Second Annual Warkworth by Night Street Festival.

We arrived in time to chat with friends and admire the beautiful costumes some people were wearing, 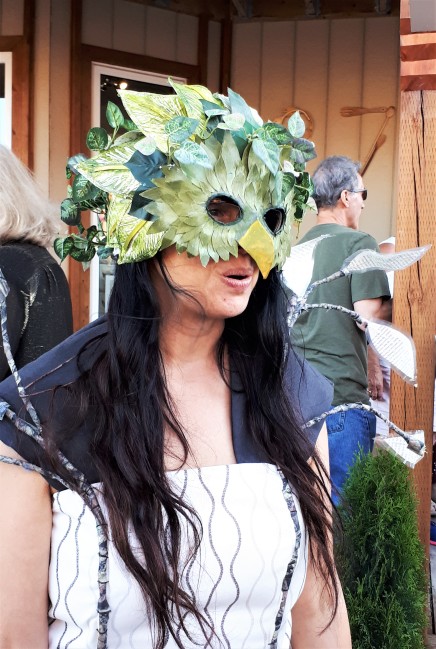 Lovely costume made from paper

before the first entertainers began their performance, The Starlight Belly Dancers.

Next, a brother and sister from Brampton, but originally from India, had fun showing us some Bollywood dancing, and later gave instructions to an enthusiastic audience. 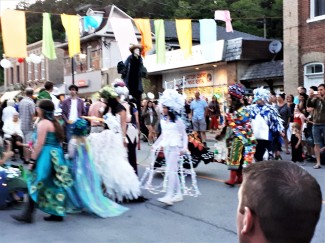 Was followed by a Giant Puppet Parade. 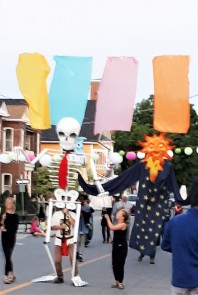 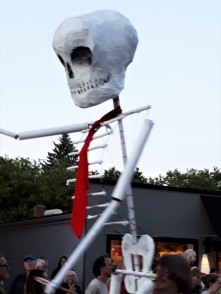 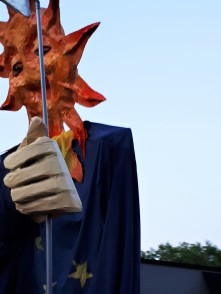 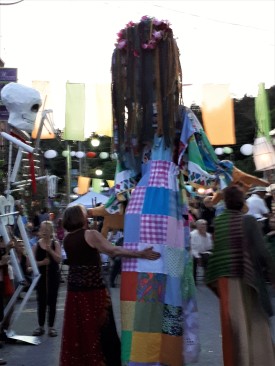 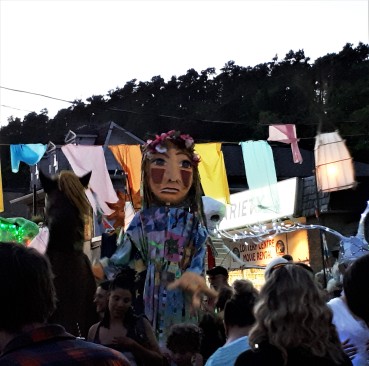 Once the sun had disappeared we were treated to a Parade of Lanterns. 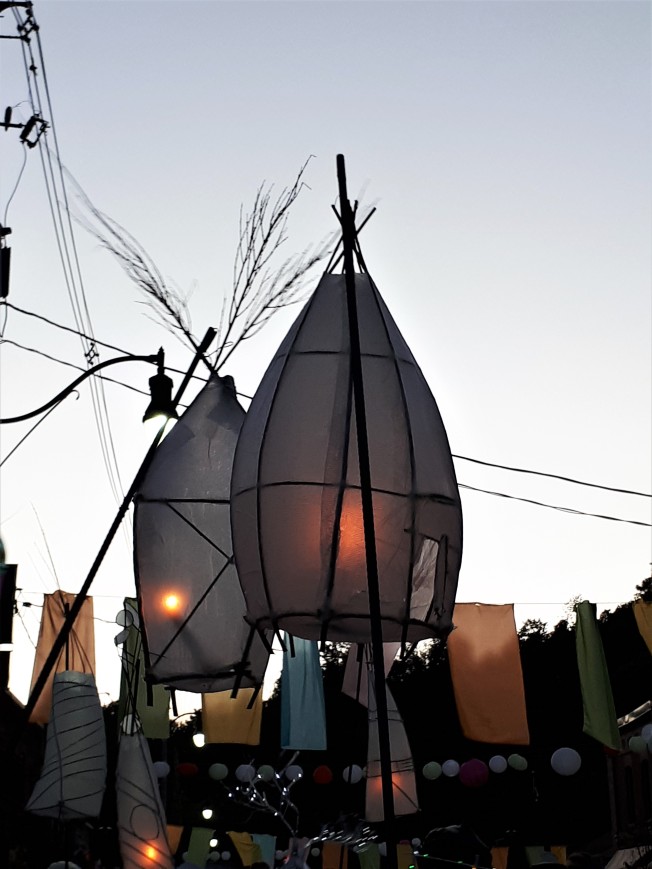 The final performers, the Polky Village Band hailed from Toronto. They are a group of young Polish immigrants who taught us a bit about Polish music and dance, which especially thrilled me, since my son has recently moved to Poland and I hope to visit him there one day. 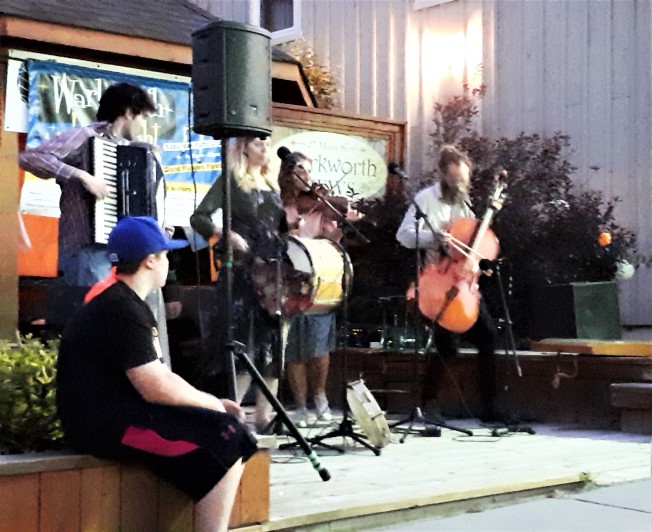 What a beautiful night!

We finished the evening off with a cup of “adult” chocolate drink from the local Chocolatier. She assured us that it was called “adult” only because it was a drink made from fine, dark chocolate rather than chocolate milk or hot chocolate that are kids’ favourites. It was yummy, as you can see from the empty, environmentally friendly, heavy-paper cup and straw. 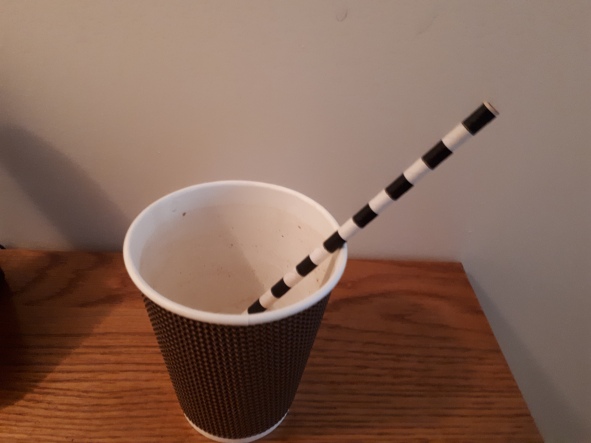