We’ve now spent just over a month back in our new “home” town of Hastings, one of several towns and hamlets that make up the City of Trent Hills. It’s a great little town of friendly, welcoming people who we meet on our daily walks. Everything is within a short walking distance from our condo, along the Trent River and over the bridge. 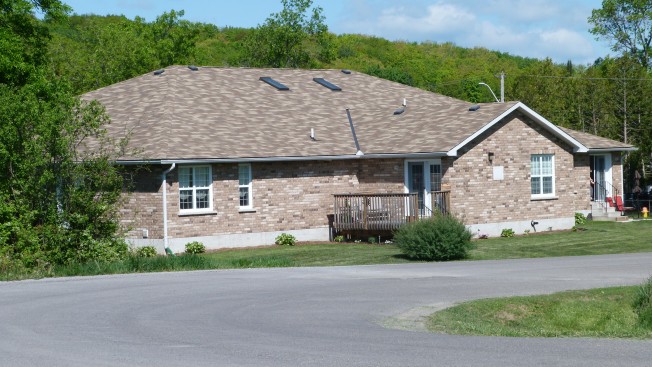 Walk along the river

And there is lots going on too! Last weekend a number of plastic wrapped cruising boats that had been stored behind the Marina for the winter, were finally all unwrapped and launched. 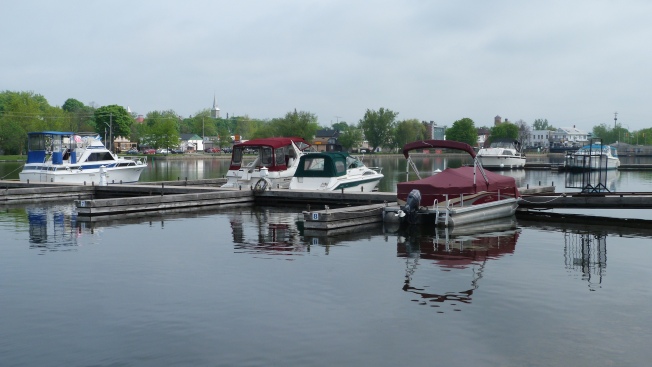 Then there was the Midnight Madness Fishing Derby marking the opening of Pickerel fishing season. Enthusiasts from as far away as Oshawa, or beyond, gathered along the bridge, their hooks bated and rods ready, waiting for the call of midnight, when the season officially opened.

Those who didn’t stay up too late were able to participate in the Community Yard Sale at the Ball Diamond the next day, either as vendors or shoppers. We could have been vendors, but purchased some motorcycle gear instead.

Ever since we got home from Arizona, Jim has been watching for signs of the new Field House Sports Dome coming to life. We’ve walked by nearly every day. He’s anxious to get involved in the Pickle Ball Club, a planned activity for the dome. This morning we were excited to look out our patio door and see the giant white balloon rising on the horizon.

Dome Rising, as seen from just off our deck.

We grabbed our cameras and joined Councilors, media, Board members and volunteers who were already there, watching the proceedings and chatting about the long wait finally coming to fruition. The fire department even brought in its big aerial ladder truck and permitted enthusiastic photographers to rise above the activity to take pictures. We, of course, accepted the offer.

Yes, that’s where we were!

Aerial view of the dome

One thought on “Exciting Things Happening in Hastings, Ontario”