We’ve been home for over a week now and I’ve taken no time to write! Time to catch up!

As when we headed south, it was our plan to spend more time exploring on our way back home too, but somehow that doesn’t last too long. I don’t know if it’s the poor weather that we encounter, or just the anxiety of getting home. This year our “summer” home is all new to us, since we moved into it just two weeks before we left for Arizona. There is still a lot of unpacking and organizing to do. We did make a couple of stops though.

The wind blew us into Liberty, Kansas and we had to take a look at Dorothy’s House. 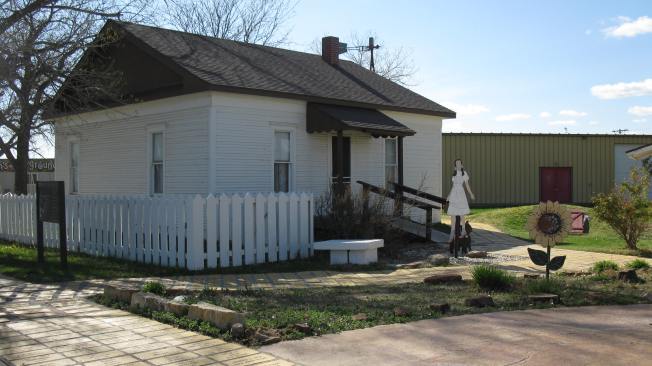 After we looked at things outside, we tried to get into the Museum. We were greeted by a live Dorothy, who informed us that the Museum was just closing. We told them that we’ d come all the way from Ontario, so we were allowed a quick look around the main floor and the gift shop, while Dorothy filled us in on some of the history of this Dorothy Memorial.

Not far down the highway, at a truck stop near Greensburg, Kansas we camped in the “RV Park” that a sign advertised as newly opened. It had hookups, but construction debris and other garbage still littered the area. We went into the restaurant for dinner and were entertained by the conversation that flowed around the small room between the truckers. 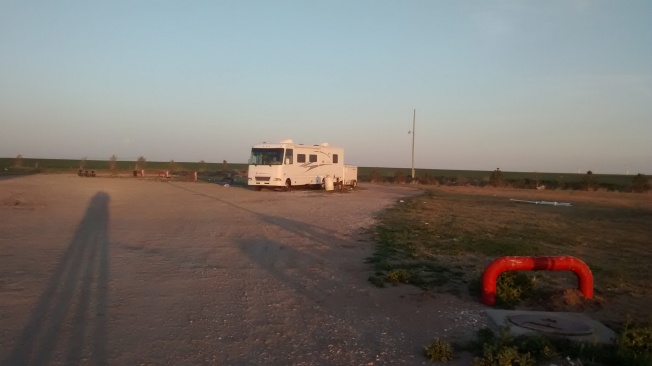 We were the only ones there!

By noon the next day we were in Wichita, where we spent some time touring Old Town Museum. 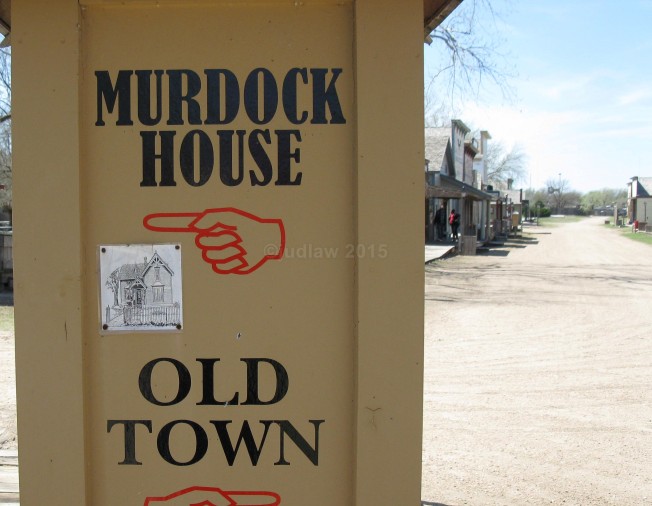 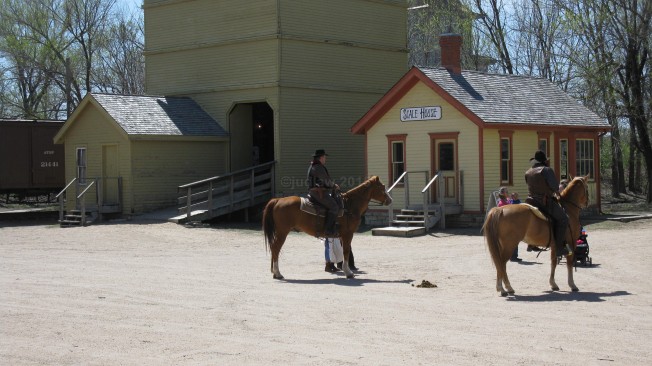 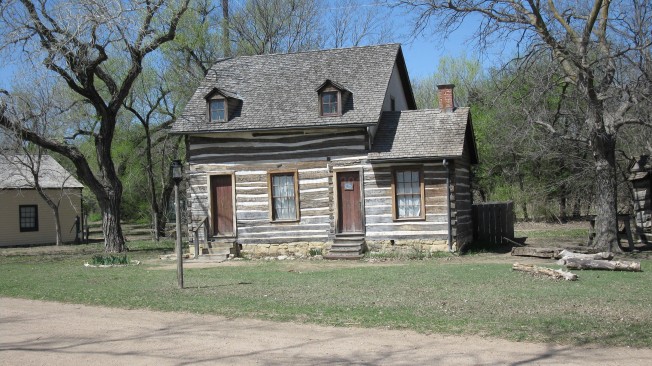 We lunched on Brats and Sarsaparilla in Fritz Snitzlers Saloon. 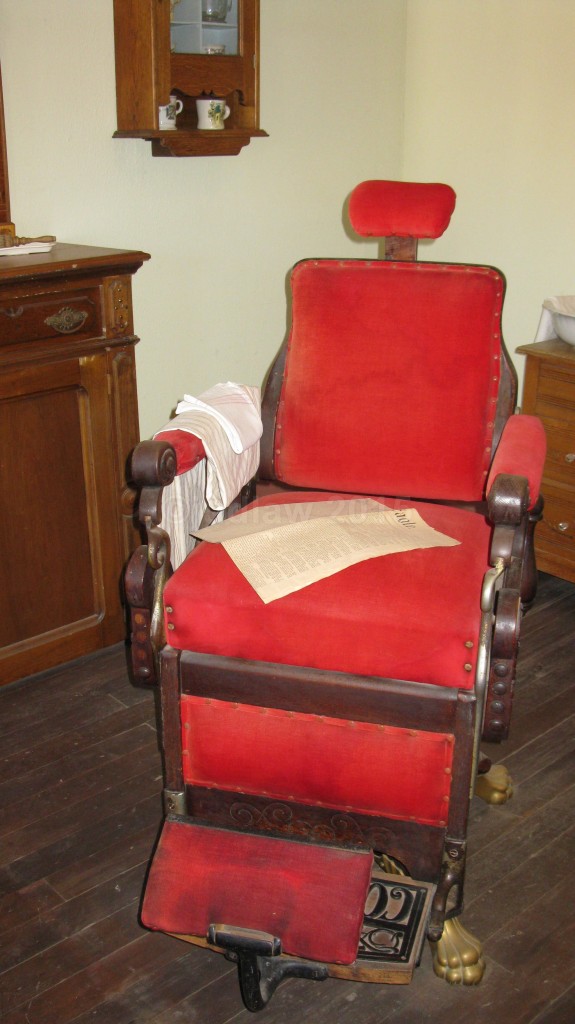 Interesting story about whistles and time.

Couch in the office of the local newspaper.

Then we watched the Kansas Twisters Motorcycle Drill Team practice in the parking lot next to where we were parked.

For more action, check out this video, courtesy of Jim Victor. https://youtu.be/3xwjI5FKhv4

By the time we left it was time to find a place to stay for the night. We looked up an RV Park listed in El Dorado, a half-hour drive off the highway. On the way we stopped for dinner at an Italian Restaurant. Despite its tired look, the food was good and the owners friendly. The RV Park, however, had to be the worst spot we’d ever seen. I was surprised that it was endorsed by Good Sam. There were very few sites that could accommodate large rigs, as they’d advertised, and all but one spot was filled. There was no one in the office to even tell us that, so we had to drive down the two rows in search of something. It was near the end of the final row that we spotted the empty site, which was barely big enough for us to turn around in, and turn around we had to because there was no exit! Twenty minutes later we were back at the Walmart parking lot for the night, listening to the rain and being rocked by the wind.

Easter Sunday we stopped into visit friends from Mesa Regal who were now home in St. Louis, Missouri. Dave and Nancy were gracious hosts, treating us to a wonderful late meal of their Easter dinner left-overs. That night we found what would be our last good KOA campground of the trip, at Granite City. The further north you get this early in the season, the scarcer they become. Most don’t open until Memorial Day.

By the time we arrived in Indiana the next day the dreary weather and heavy clouds were weighing me down, but one stop on our schedule was the Indy 500 Speedway, so we took a camping site for the night at the State Fair Grounds in Indianapolis. It was not an easy place to find as only one gate was open and the GPS didn’t know that. It was even harder to find out way back out the next morning because the exit signs all led to closed gates, until we eventually found ourselves back where we’d entered. It was after noon when we finally drove into the parking lot at the Indy 500 Speedway. I have to admit that by that time I was feeling a tad hungry and grumpy. We paid the $8.00 each to walk through the very small museum. It would have cost another $30.00 each to have the tour behind the scenes of the track, so we passed on that. 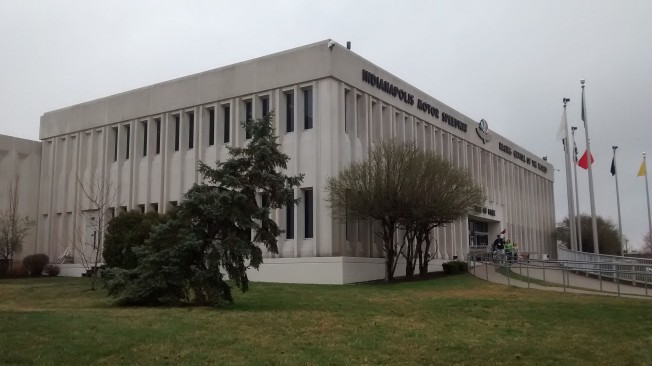 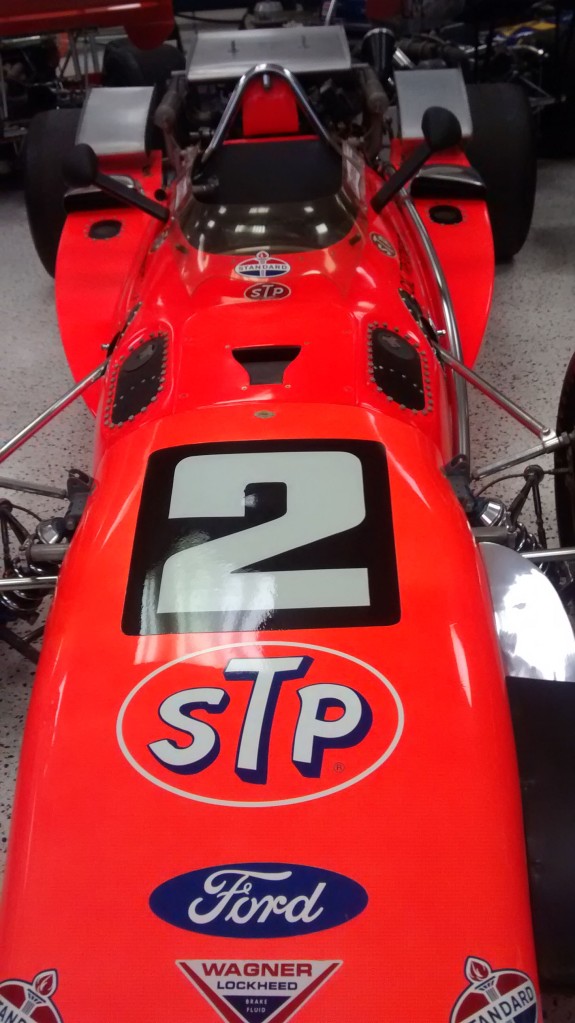 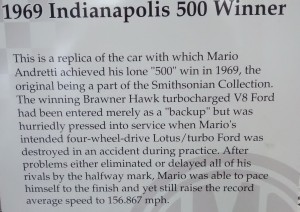 We did hand over $8.00 each to take the twenty minute mini-bus tour around the track.

That night we were at a private campground at Enon, Ohio, next to the freeway and a train track where freight trains frequently rumbled past, and airplanes heading into Columbus flew above us. I didn’t expect to get much sleep, but I guess I was tired enough to tune them all out. Our last night on the road, after driving through Pennsylvania, we ended up where we’d started our trek across the US, at a Walmart in Ferdonia, NY.

4 thoughts on “A Visit with Dorothy in Kansas, The Old Town Museum, and The Indy 500”