I’m often amazed at how easy it is to find something interesting to do in this little town that we call home.

On Monday we learned that the Kawartha Voyageur was going to be cruising down the river and through Trent Severn Waterway Lock #18, something we’ve been wanting to witness, but hadn’t before been able to catch it. We weren’t sure of the time so we took our chairs and books to the lock, prepared to wait.

The Kawartha Voyageur is a river boat that provide 5-day cruises along the Trent-Severn Waterway. It navigates across many lakes and along a few rivers and through many locks between Peterborough and Big Chute, and Kingston to Peterborough. On other weeks it follows the locks of the Rideau Canal from Kingston to Ottawa.

While we waited, we accepted free (temporary) tattoos that a Parks Canada representative was offering, and I had my picture taken with Parka, the Parks Canada Mascot. 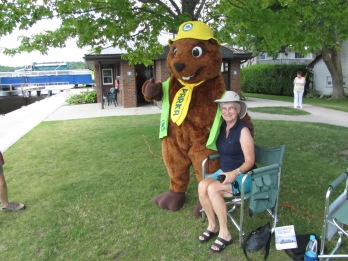 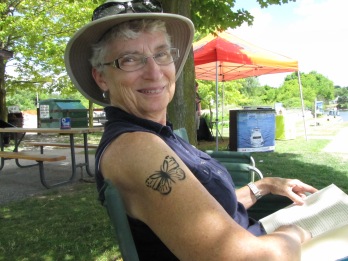 Then we decided it might be better to move further up the river, to the Gazebo, where we could see this cruise ship master the winds and glide through the canal, then we’d jump back into the car and return to the lock to see it go through.

We didn’t get much reading done. Shortly after 2:00 p.m. we first heard the horn, and then we saw the vessel appear from around a bend.

Back at the Lock, we watched as it entered, and then waited for the water to be lowered so it could exit the other end. While the passengers waited, they were entertained by Parka. 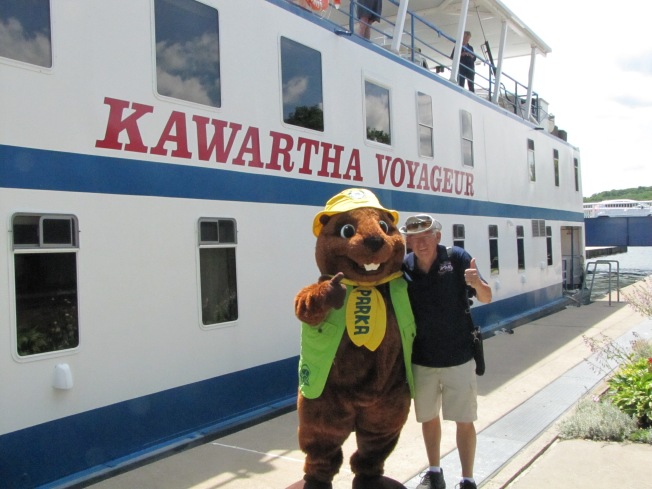 Jim got a hug too 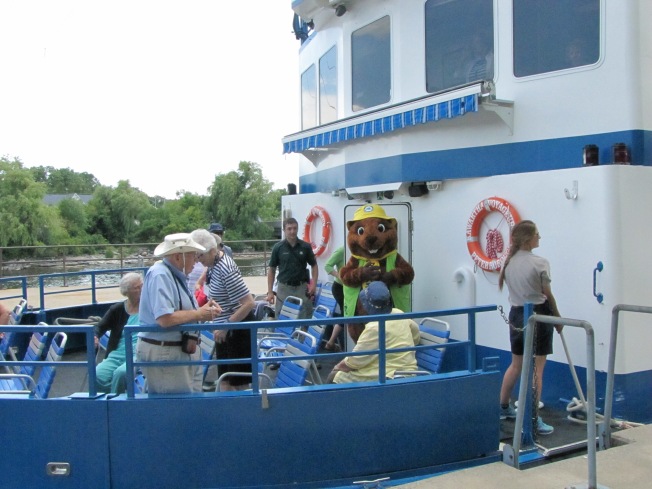 By the time the Kawartha Voyageur was through the Lock and on its way, three private yachts were waiting their turn to go through from the other direction, so we stayed a little longer to chat with the owners and watch them go through. The two larger ones are doing America’s Great Loop, an adventure that can take a year or more to complete. The boat from Fort Meyer’s Florida had already been traveling for six months; the other, from Texas, had only begun a few weeks ago. 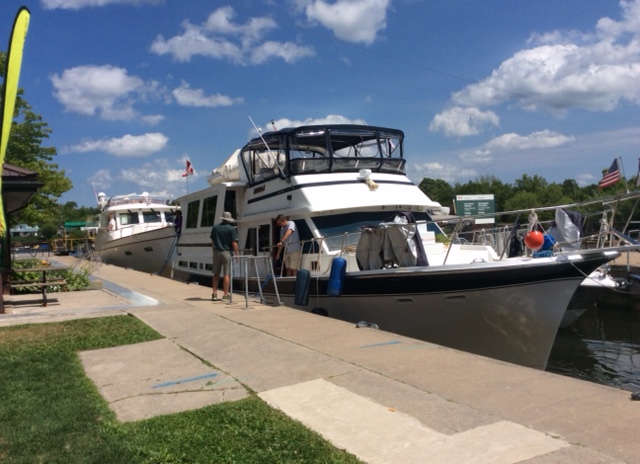 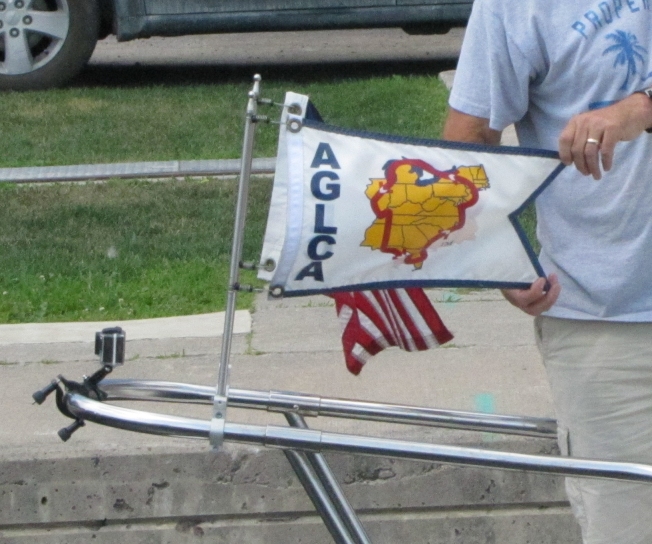 We’d like to add that adventure to our bucket list, but considering the cost, it would be unrealistic.

Maybe the Kawartha Voyageur cruise might be a possibility someday though.

4 thoughts on “Another Interesting Summer Day in Hastings, Ontario”